Everything you need to know before you travel to Indonesia

The Indonesian archipelago is the largest in the world, comprising of about 13,466 large and small tropical islands most fringed with white sandy beaches and many still uninhabited. Straddling the equator is situated between the continents of Asia and Australia and in between the Pacific and the Indian Oceans, it is as wide as London and Moscow or San Francisco to New York and with a population of more than 215 million people and over 200 different ethnic groups.

Due to the country’s location and geography, Indonesia has the most diverse landscape, from fertile lowlands & highlands on Java and Bali and the amazing rainforests of Sumatra, Kalimantan and Sulawesi, to the savannah grasslands of the Nusatenggara Islands and the snow-capped peaks of West Papua.

Among the most well-known Indonesian Islands are: Sumatra, Java, Bali & Lombok, Kalimantan (Borneo), Sulawesi (formerly Celebes), the Maluku Islands (or The Moluccas, Spice Islands) and Irian Jaya (West Papua). They are all different with their enchanting culture, beaches, architecture and nature. Most of all there are still many unexplored areas and islands with sharp mountain and active volcanoes and rainforests to climb or trek through, good waves to surf and pristine reefs and lagoons to swim, snorkel and dive.

Most people that come to Indonesia for their first time usually visit Bali, Lombok and Java, which are good places to start in this extraordinary country. But there are of incredible secrets here and wonderful experiences will always await you further afield.

Most major credit cards are accepted in Indonesia. US Dollar and Euro, are the most widely accepted currencies in Indonesia. The British Pound however is exchangeable in most tourist areas of Bali and Java. When heading for really remote places, carry stacks of rupiah, as foreign exchange may be limited or not available. Have a mix of notes – breaking even a 20,000Rp note can be a major hassle out of major tourist areas. There are many options for exchanging money in Indonesia, and it’s wise to carry some plastic, traveller’s cheques and/or some cash.

Costs in Indonesia vary depending on where you go, though generally Indonesia remains one of the cheapest travel destinations in Southeast Asia. Accommodation is usually the greatest expense when travelling to Indonesia. In regards to food; warungs (food stalls) meals can cost you as little as US$2 per meal (about 10,000Rp) and if you dine in more upmarket local restaurants, you still won’t be spending much more than US$10 per day.

Please note: Dates of some festivals can change slightly from year to year.

It is estimated that the first people arrived in Indonesia about 40,000 years ago when sea levels were lower and joined to Asia by a land bridge. By the end of the ice age (10,000 BC) a new wave of arrivals hunted animals, collected shellfish and gathered plants for food. Later, by 2,500 BC agriculture was established, together with tools made out of stone and pottery. Towards the end of Iron Age, wet cultivation of rice was introduced as the first kingdoms emerged. Shortly after, trading routes where opened with neighbouring countries while new links with China & India introduced Hinduism and Buddhism. The 8th century AD finds Indonesian civilization at its peak controlled by a great Buddhist kingdom in Sumatra and a Hindu one in central Java. By the 15th century most kingdoms started to break up to separate states and meanwhile Islam arrived from India at Aceh in north Sumatra. From the 17th until the middle of the 20th century Indonesia changed many hands. First were the Portuguese, then the Dutch, later the British and then the Dutch again. At the end of WW2 and after the Japanese invasion the Dutch once more re-immerged but, finally in November 1949 they recognized Indonesia as independent. This was not the end of Indonesia’s turmoil as the short lived democracy turned to a military dictatorship until 1999. The 21st century looks more promising for this unusual country since due to oil reserves and other natural resources the economy started to recover and by 2007 it was growing by as much as 6% a year.

Modern Indonesia
At first independent Indonesia was a parliamentary democracy. However in February 1957 President Sukarno introduced a new political system which he called a ‘Guided Democracy’. The power of parliament was reduced and his own power was greatly increased. His opponents formed a separate ‘parliament’ called the PRRC (the Revolutionary Government of the Republic of Indonesia). However the army remained loyal to Sukarno and he stayed in power.

Meanwhile in October 1957 the army took over the remaining Dutch companies in Indonesia. As a result the army grew wealthy. A little later in the early 1960s the economy faltered and there was rapid inflation. Then in September 1965 the Communists attempted a coup in Indonesia. They murdered a number of generals and seized strategic points in Jakarta. General Suharto quickly took action and the coup was crushed with Suharto being granted powers by President Sukarno to restore order. After the coup Suharto arrested and executed a large number of communists. Sukarno lost support and on 11 March 1966 and he signed over his presidential powers to Suharto. From 1966 Suharto ruled as a dictator (although there were elections held every five years democracy was a facade). Suharto did bring stability and under him the economy of Indonesia recovered.

From the 1960s reserves of oil in Indonesia were exploited and after 1973 Indonesians benefited from the high price of oil. Agriculture also became far more productive, however most Indonesians remained poor and then in 1997 Indonesia was hit by a financial crisis. As a result the economy contracted and Indonesia was hit by riots with Suharto resigning in May 1998. Democracy then returned to Indonesia with elections which were held in 1999 and in 2004 Susilo Bambang Yudhoyno was elected President of Indonesia. At the beginning of the 21st century the Indonesian economy began to recover and by 2007 it was growing by as much as 6% a year. Even in 2009 when most of the world was mired in recession the Indonesian economy still grew and there is every reason to be optimistic about the future of Indonesia.

Colonial Indonesia
In the early 16th century the Portuguese arrived in Indonesia. At that time there was a huge demand in Europe for spices such as nutmeg, ginger, cinnamon, cloves and mace. Huge profits could be made by transporting them to Europe and selling them. The Portuguese therefore decided to seize the Moluccas; the chief source of spices and in 1511 they captured the important port of Melaka as well as Moluccas. However in the early 17th century the Portuguese lost their position to the Dutch. The first Dutch fleet sailed from Holland in 1595 under Cornelis de Houtman. In 1602 the Dutch East India Company was formed to control trade with Indonesia and in 1605 they took Tidore and Ambon from the Dutch. In 1619 the company captured Batavia and Melaka in 1641. During the 17th century the Dutch gradually extended their power of Java and the Moluccas, however they had little influence over the rest of Indonesia.

Moreover during the 18th century the Dutch East India Company slipped into debt and finally in 1799 the Dutch government took over its territories. In 1806 the British and Dutch went to war. In 1811 the British under Lord Minto sailed to Batavia. The British soon captured all the Dutch possessions in Indonesia. The British abolished slavery and they also divided the country into areas called residencies for administration. However in 1816 the British handed Indonesia back to the Dutch. Many Indonesians resisted the return of the Dutch. However the Dutch eventually defeated them and regained control. In 1825 the Javanese war in central Java began. It was led by Prince Disponegoro with the war ending with a Dutch victory in 1830. Disponegoro then went into exile and died in 1855. Furthermore during the 19th century the Dutch extended their control over other parts of Indonesia. In 1825 they took Pelambang in Sumatra. They also fought wars with the Balinese in 1848, 1849, 1858 and 1868. However Bali was not finally conquered until 1906. In 1873 the Dutch went to war with Aceh, with the war lasting until 1908.

In the early 20th century the Dutch decided to treat the Indonesians more fairly. They introduced what they called the ethical policy. This meant building schools and spending money on health care, sanitation and irrigation. However the new policy had little effect on the lives of most Indonesians. It did however mean that a least some Indonesians became highly educated and familiar with western ideas such as liberalism and socialism. As a result in the early 20th century nationalist movements were formed in Indonesia and they began clamouring for independence.

Then in 1940 the Germans occupied Holland and in 1942 the Japanese invaded Indonesia, with the last Dutch troops surrendering on 8 March 1942. At first the Indonesians welcomed the Japanese as liberators, however they soon grew disillusioned. The Japanese were brutal and they ruthlessly exploited Indonesia’s resources. Yet when the Japanese were losing the war they started to favour Indonesian independence, hoping to make the Indonesians their allies. Japan surrendered on 15 August 1945. At this time young Indonesian nationalists were determined to assert the country’s independence before the Dutch could return. A group of them kidnapped two nationalist leaders Sukarno and Hatta and on 17th August Sukarno declared Indonesian independence. He then became the first president and Hatta became vice-president. However the Dutch were not willing to let Indonesia go so easily.

At first British troops landed in Indonesia. They tried to remain neutral although there were armed clashes between the British and Indonesians in places. By November 1946 the British were gone and the Dutch had landed many men in Indonesia. In November the Indonesians and Dutch signed the Linggajati agreement. The Dutch recognized the new republic, but only in Java and Sumatra. They still claimed the rest of Indonesia. Furthermore the agreement stated that the republic would join a federal union with Holland in 1949. Not surprisingly neither side were happy with the agreement. The Dutch built up their strength in an attempt to retake all of Indonesia. In the summer of 1947 they invaded the independent areas but were forced to withdraw, partly because of Indonesian resistance and partly because of strong international condemnation (especially by the USA). In December 1948 the Dutch tried to retake Indonesia. This time the Indonesians turned to guerrilla warfare and were successful. The Dutch faced strong condemnation from powers like the USA and they realized they could not win the war. Finally on 2 November 1949 the Dutch agreed to recognize Indonesian independence and their troops withdrew in December 1949. Indonesia has no shortage of captivating destination to visit on your holiday. Refer to our Towns & cities guide to plan the perfect trip.

Our Favourite Hotels in Indonesia There are so many beautiful hotels to choose from in Indonesia. So we have selected a few of our most favourite and characterful hotels; giving you a taste of what you can expect.

Our most popular Activities in Indonesia

Browse through our Indonesia Activity suggestions and get some inspiration.
We can then add any activity you want and tailor-make a Indonesia holiday just for you! 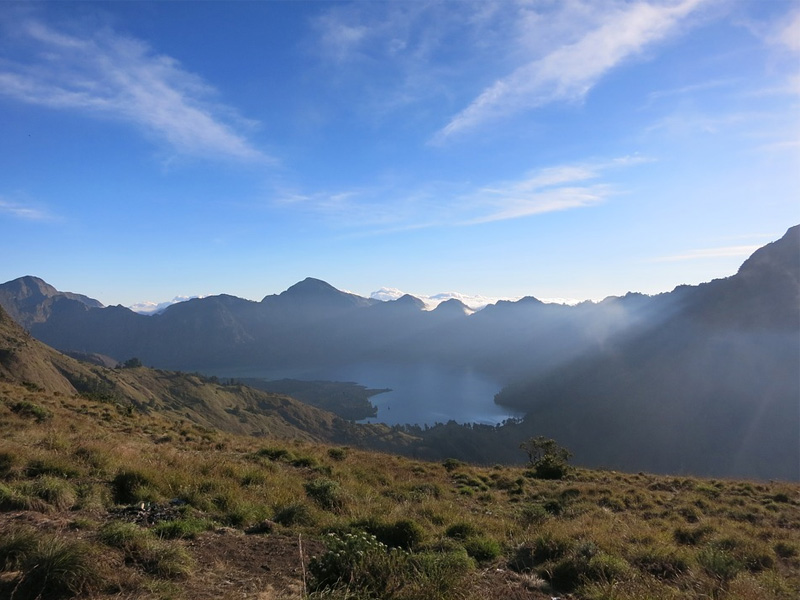 Our most popular Indonesia Holidays